KARACHI: The State Bank has made an announcement to re-initiate its mobile SMS service for the provision of fresh currency notes to the local public between 2nd of Ramadan and 28th of Ramadan 2017.

The currency notes will be at hand at 500 authorized commercial bank branches known as “e-branches” across 116 cities and at 16 offices of SBP BSC. The essential stock of banknotes has been placed with the nominated e-branches. The costs for these services are Rs2 plus tax, per SMS.

With the help of this service, a user could send SMS message to short code 8877 containing his/her 13 digit CNIC/Smart Card number, along with the preferred e-branch ID which is accessible on sbp.org.pk.

In response, the user will receive an SMS holding his or her recovery code, e-branch address, and recovery code validation date. The recovery code would hold a validation for two working days. The user would then visit the concerned e-branch with his/her original CNIC/Smart Card and its photocopy with the recovery code obtained from 8877 to receive fresh notes.

A statement issued from the SBP on Monday stated: “After getting an awe-inspiring response on Eid occasions in 2015, the State Bank of Pakistan, through its subordinate SBP Banking Services Corporation, has re-launched the SMS service.”

The fresh quota the notes, which is to be issued to each person, includes two packets of Rs10 and one packet of Rs20. A person may also receive one packet each of Rs50 and Rs100 as per accessibility of stock with the concerned e-branch. Each CNIC/Smartcard number and mobile phone number is usable for one time only.

There won’t be any transaction codes issued to the sender in case the sender sends the same CNIC/Smart card number from multiple mobile numbers or sends more than one CNIC/Smart card numbers from same mobile number through the service. However, this will result in additional charges to the sender. The SBP-BSC has formed a helpdesk at 111-008-877 that can is accessible through NWD code of 042 for Punjab; 021 for Sindh and Balochistan and 051 for Khyber-Pakhtunkhwa, Azad Kashmir, and Gilgit-Baltistan. The Helpdesk facility will solely be available during office hours. 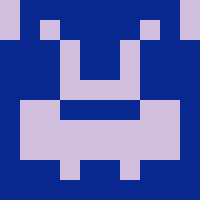 Ufone Teaming Up with Rizq to Fight Food Wastage and Hunger