We woke up 9AM in the morning, don’t want to miss complementary breakfast buffet (which we missed on the first day). Having a healthy and delicious meal surrounding with the people of different origins is itself a different experience.

We had to leave for desert safari at 3:30PM and we had a whole day. We want to have some quick tour so we went to concierge and he recommended a quick but thrilling speedboat tour around the coastal landmarks of Dubai including The Palm Jumeirah and Burj-Al-Arab. We found it a best option, so we move ahead to enjoy a ride on speedboat with some stunning views.

We reached to the spot via Taxi, felt like pretty popular among the tourists as the taxi driver figured it out very quickly. Bought the tickets and the guide took us to the speedboat.

Pleasant weather, a beautiful sunny day and blue water; we glad we made a right decision. Boat starting moving ahead slowly; and we were in front of Dubai Marina and can see the marina towers, lavish hotels and yachts; and number of restaurants. It was indeed a splendid view.

Heading towards the open sea, it was a 90-minute ride. Boat was moving with a speed of over 50 knot, which is like 90KM/hr, wow! When there were some waves, we felt some solid bumps. I’ve been ridden on speedboat but this was first time for my friend, so he became slightly nervous. We had other passengers with us and all were enjoying a lot.
Boat was moving forward to The Palm Jumeirah, a man made island! Can you imagine, an island of a shape of palm can be built on a sea? Yes; in fact it’s true, The Palm Jumeirah is a miraculous architecture and a wonder on earth.

We were moving around the boundary of palm Jumeirah, I could see the building and houses built on the Palm.

After taking a round, here it comes the world famous 5 star hotels, Altantis the Palm. The view of Atlantis is spectacular; it has Dubai’s best water park, restaurants and aquarium.

We passed the Atlantis, and now the grand Burj-Al-Arab was started showing up on the horizon. Dubai is a land of marvelous architectures that is incomplete with Burj-Al-Arab. The one and only 7-Star (called) hotel on the planet, which is way too expensive for us to stay. But we didn’t miss to take some coolest shot.

So a quick speedboat tour came to an end, but it was really worth spending time there. We got a chance to swiftly cover some of the amazing landmarks of Dubai.

We reached back to hotel at 2:00PM, wanted to relax for an hour before going to our next ride, Dubai Desert Safari! 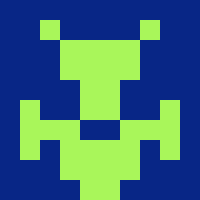